The International Theatre Institute, worldwide organization for the Performing Arts, want to forward our worries and concern about the situation for artists in Egypt today.

We have been informed that there are attacks from the government on the freedom of expression and the role in society by the artists, which is a violation of The Unesco Convention of the Status of the artist and against the United Nations declaration of Human rights.

We want to recognize and celebrate the great achievements all over the world by Egyptian artist in various fields of the performing and fine arts. We want to express our fear that there will be restrictions on the freedom of the arts and that the artists will not be treated in the way that they deserve and have the right to.

We urge the authorities to start a constructive dialogue with the artists, who are an important part of the big international community for performing arts.

We, the founding members of the Egyptian Centre of the International Theatre Institute, have been witnessing with increasing alarm the vicious onslaught against the defining foundations of Egyptian culture, with theatre and the performing arts at the forefront. However variously understood and appraised, these foundations are widely believed to have crystallised with the onset of the modern Egyptian State in the late nineteenth century, but in fact they had always been rooted in the very fabric of this land, an inherently cosmopolitan multi-religious and multi-ethnic culture if there ever was one. As Egyptians, but also as members of the global cultural community, we cannot allow such a glorious tradition to suffer erosion at the hands of those who could not adapt to it, whether at home or in the region.

The Islamists’ declared jihad against the arts is currently spearheaded by none other than the regime’s Ministry of Culture, thanks to the recent appointment at its helm of a certain Alaa Abdel-Aziz, an obscure film lecturer with a paltry academic record and practically no professional or public service credentials save his adoption of the cultural discourse of the Muslim Brotherhood ruling faction (or, more aptly, its anti-arts one). In a typical demonstration of this populist rhetoric, Abdel-Aziz had this to say at a recent press conference “I ask those leading the ferocious campaign against me: What have they ever contributed to Egypt’s culture? What have they ever given to the enlightened Egyptian people? Postrevolution Egypt should not be captive to a group that has not been able to effectively touch Egyptians with creativity over long decades.”

While the problem of a certain disconnect between the intelligentsia and their constituencies is by no means unique to Egypt, we believe it is either moronic or hypocritical (or, more likely, both) to question the contributions of generations of artists in the various fields of the performing and fine arts and their far reaching role in establishing and popularising these arts not only in Egypt, but all over the Arab world, not to mention world-renowned literary and artistic figures of the stature of Bahaa Taher, Sonallah Ibrahim, Ramzi Yassa, Alaa Al-Aswany, Lenin El-Ramly, Nawal El-Saadawi, Fatheya El-Assal, and Salwa Bakr, all of whom are now calling for the removal of Abdel-Aziz and the parochial, theocratic regime for which he stands.

The International Theatre Institute, an active UNESCO entity with centres and affiliate bodies in the four corners of the world, has an urgent mission to protect the free circulation of culture in one of this world’s most ancient civilizations. We therefore call upon all concerned to mobilise in whatever way they think fit, but we also hope that this call for action will set in motion an ongoing dialogue with our worldwide friends and colleagues so that we may work with one another against the not-so-secret agenda to remake Egypt and its cultural field after the worldview of its ruling cabal.

We await your ideas and initiatives at egyptcentreiti@gmail.com 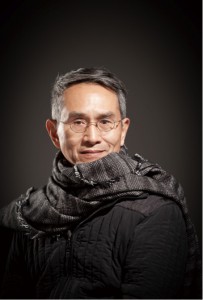