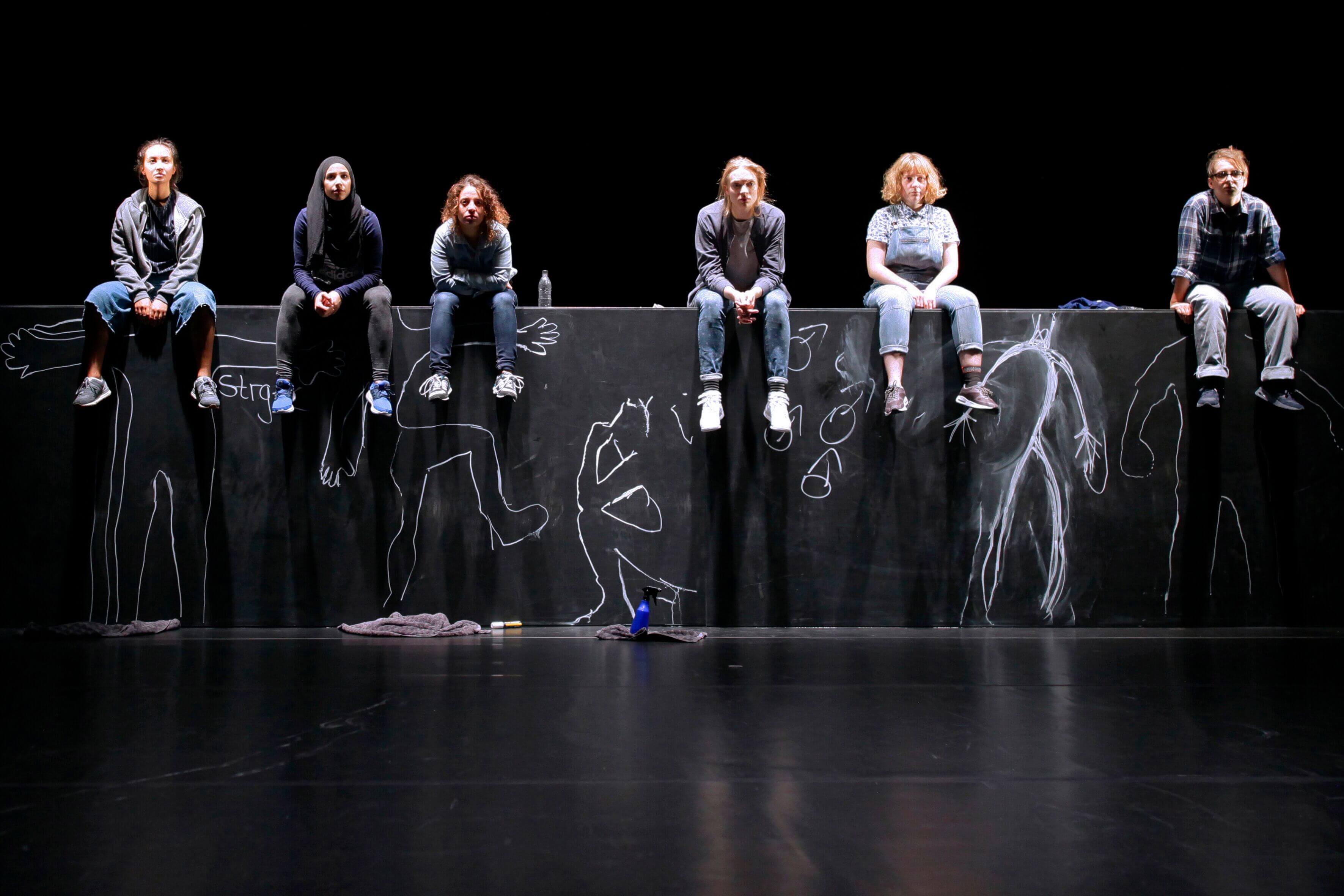 A young woman says: »An older guy takes me in a car share to Berlin. On the way he asks if I would want to take a bit of a

A young woman says: »An older guy takes me in a car share to Berlin. On the way he asks if I would want to take a bit of a walk in the forest …« Why is it that we think that we know the end of the story? What kind of a narrative is it that assumes that women are raped, harassed, groped? A narrative that anticipates from the beginning that one subconsciously holds keys as a weapon in hand on the way home at night, does not go into a subway car that’s empty except for one man, or decides in the end not to wear those shorts. Is this old game unstoppable? If you have this body, life is like this, or you have a different body and life is different, get used to it already. And then along comes New Year’s Eve 2016 in Cologne and suddenly »our women« must be protected again. However: which women are implied in this case and who is it that owns them again? Together with six young women, director Suna Gürler embarks on the paths of supposedly universal notions and agreements wound around the mind, body and raison d’être of women. Both outside on the street and on the Internet, one danger after the other lurks. It is important to be careful, to smile, not to offend. Thanks for the tips, but haven’t we progressed further? A rhythmic search in motion about the question of how much space women in our society are actually due, where this can be found and why it is still not a given.