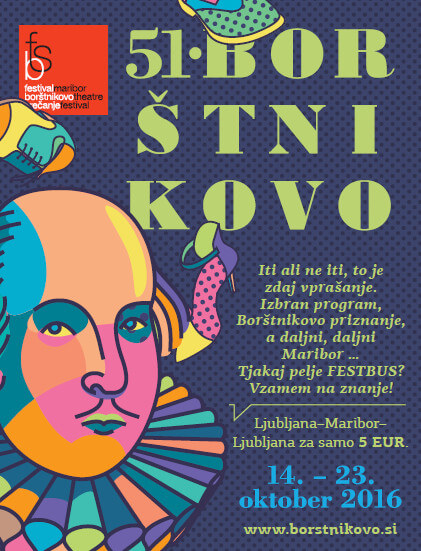 October is indeed an international month for us. We will go to Slovenia, where Maribor Theatre Festival has chosen to focus on Swedish drama and performing arts for a few days. The four plays that have been translated into Slovenian and will be presented in the form of staged readings are Dissection of a snowfall by Sara Stridsberg, I call my brothers by Jonas Hassen Khemiri, Medea’s children by Suzanne Osten and Per Lysander and Where is everyone? by Mirja Unge. Swedish productions Gunilla Heilborn’s This is not a love story and Moment Theatre’s Wuthering Heights will perform, and we also have with us Ylva Lagercrantz, Michael Cocke and Edward Buffalo Bromberg to lecture and participate in seminars.

The week after we announce the third edition of Swedstage in Stockholm, where Teaterunionen along with Assitej invite around sixty bookers and festival organizers from Germany, China, Iran, Nigeria, the UK, Turkey, USA and many more. The selected performances are Wild Minds, Tvärslöjd, Limits, Trans(e)ición, The Fables, The Can, Scenes from a Marriage, Sensescapes, People respect me now, Paper, Falling Out of Time and Buy Hearts, read more HERE.
New this year is that a number of producers will be able to present themselves in a shorter stage program and pitch their international touring productions. We will also hold a seminar with the title Gender on stage.

We’ve also had a couple of days workshop on site in St. Petersburg, preparing for a possible LGBT project in Russia, which we hope to tell you more about shortly.

On the sadder international note, we get alarming reports from our ITI office in Poland, where the space right now is shrinking further for artists. The colleagues there report that the government last month dismissed artistic directors of several theatres and replaced these with elected leaders without artistic qualifications. Almost half of the heads of cultural institutions around the world have been called home. ITI’s Action Committee for Artist’s Rights continues to follow the situation.

The performing arts and its development around the world as well as in Sweden, we’ll discuss at the Performing Art’s Biennial in Norrköping in May. We are stepping up preparations, and hope to see as many international guests as possible there.