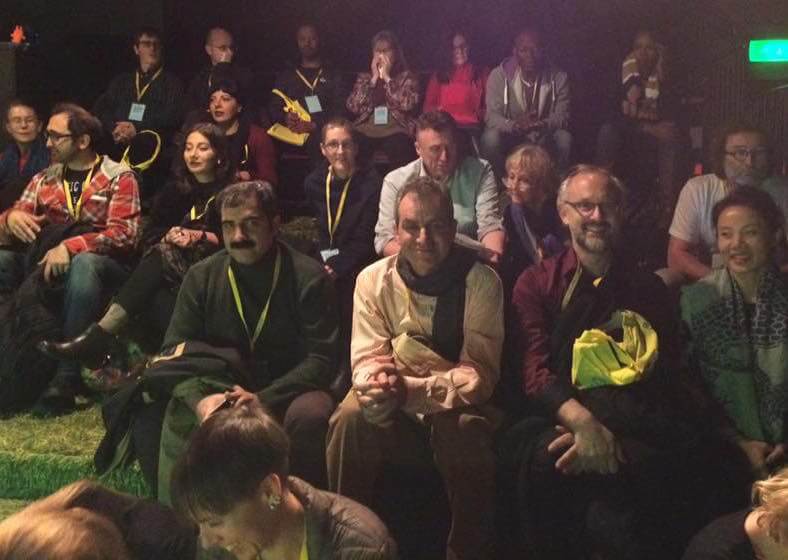 We participated in Festival Borštnikovo Srečanje (Maribor Theatre Festival), which this year was dedicated to Swedish playwriting and theatre. During the first week of the festival, the book Contemporary Swedish Drama (edited by Alja Predan) was released, featuring translations of four contemporary plays selected by Edward Bromberg in collaboration with Alja Predan.

The festival also presented “Wuthering Heights” by moment:teater and the “This is Not a Love Story” by Gunilla Heilborn. Everything was very well received and the festival management and we were very pleased!

A few days later in October, 23-26 to be exact, the third edition of Swedstage started – a major sales event in which 60 international theatre directors, festival bookers, artistic directors, etc. from all over the world came to Stockholm to see what Swedish performing arts has to offer. The performance program included shows for children, youth and adults and was very well received by the guests. We want to thank everyone who took the time to participate and provide assistance in various ways!

Later in November we will go to St. Petersburg with a bunch of translated plays, and arrange readings and talks around new Swedish drama. The playwrights Paula Stenström Öhman and Rasmus Lindberg will go with us, as well as a performance by Unga Klara and a number of playwrights students from the Stockholm Academy of Dramatic Arts. We are very much looking forward to spread information about Swedish performing arts in Russia!